The latest research shows that 70.6% of us in the United States call ourselves Christian. A drop from the approximately 78% of us who thought we were Christians in 2007. (http://www.pewforum.org/religious-landscape-study/) . 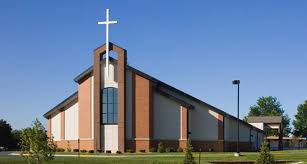 “Who or what is the church?” is a spiritual question that merits some contemplation. It’s easy to talk about our various denominations, religious groups, creeds, and rules but what is the church that Jesus built when he said, “upon this rock, I will build my church, and the gates of hell shall not prevail against it.”? It is a religious question of great importance because we so easily slap on the title “Christian” (which simply means a follower of Christ), but we don’t attach much meaning to it anymore. The name “Christian” was unique when spoken in ancient times at Antioch, but Christians are a dime a dozen now. The word “church” had never been used in the bible until Jesus spoke it.

The latest research shows that 70.6% of us in the United States call ourselves Christian. A drop from the approximately 78% of us who thought we were Christians in 2007. (http://www.pewforum.org/religious-landscape-study/) .

A majority of the world’s Christians (63%) reside in the United States and Europe, and this concentration has remained constant. And while worldwide since 1910 there has been a decline in Christianity in Western regions of the world, sub-Sahara Africa, and the Asia-Pacific region have seen a surge from 9% in 1910 to 63% in 2010. (http://www.pewforum.org/2011/12/19/global-christianity-exec/)

Worldwide, Christian denominations number in the 10 of thousands (about 33,000) and the number of denominations in the United States alone is over 1200. It made me think. Where does my religion fit in with all of this? Although my religious group is not Pentecostal, we have our roots in the 19th-Century Holiness movement which believed firmly in holy living and personal Christian piety. John Wesley started this campaign with the teaching of sanctification and living a holy life. It is often referred to in the literature as The Holiness Movement, and there are various branches, of which my group is one.
How do we make sense of such a variety of twists and flavors of the same faith?
The beauty of the Christian life is that it is based on a personal walk with Christ, the son of God. However men may fail and fracture, the scripture says,

“…the Lord knoweth them that are his and let everyone that nameth the name of Christ depart from iniquity” 2 Timothy 2:19.

The bottom line is that if you belong to God, he knows who you are regardless of what label you may have put on yourself. I learned a long time ago that I did not have to label myself, but I am simply a child of God.

To try to find THE exact right religion is not as hard as it sounds. It’s kind of like unplugging from all the noise and listening to just one voice. If we listen only to the voice of Christ, do we really need anything else to define us? That’s all God has ever required; that we acknowledge Christ as Lord and Savior and allow his presence in our lives to reign in our hearts above everything else. When people ask me what faith I am, I don’t always point them to my church. Depending on how much time I have, I tell them I’m simply a child of God, a follower of the Bible and the teachings of Christ. To point them to my particular group seems trite. Sure, I know what they are asking. What brand of religion do I practice? But honestly, if we all just followed the verse above just to keep a clean life and follow Christ and have the tolerance of the early church to just be the church of God, we’ll be ok. Unfortunately, when carnal men are in charge of churches and the love of God is lacking, we have division.

For ye are yet carnal: for whereas there is among you envying, and strife, and divisions, are ye not carnal and walk as men? For while one saith, I am of Paul; and another, I am of Apollos; are ye not carnal? I Corinthians 3:3-4

As you go about your week, think about who you are in Christ. If you are his and have the joy of salvation in your heart, all the details of scripture tend to work themselves out.

Meditation
1. What does the Bible mean when it says the church of God?
2. Is the church something you can see in a visible way or is it something that only God knows?
3. Are you a part of God’s universal church?