Watching what happened with FBI Director James Comey reminded me of the time I was fired –at church.  Like so many, I’ve been watching with interest the current events of the last week regarding the firing of James Comey.  I’ve heard comments about the messy way the firing was done (not even a heads up or a handshake?), Comey’s prior mistakes, Comey’s support or lack of support in the FBI.  Of course, if you listen to the Huckabee-Spicer-Trump connection from the White House, you would think he’s the worst FBI director of all time, but that’s politics.

I imagine that’s why Comey, who is familiar all political tricks, and who I imagine will make big bucks from speeches and books deals, isn’t too concerned about being fired.  Ok, Comey.  Go have a round of golf.

The latest round of “fake” news involves leaks of information from Comey’s people about meeting Trump and being asked to barter loyalty for his job.  Trump, in so many words, telling him that if you want to finish out your term here, first assure me that:  1) I’m not being investigated and 2) promise you will be loyal to me while you’re investigating my campaign.

Comey politely refused to kiss the Godfather’s ring but did promise to serve the country he was sworn to protect according to the constitution. 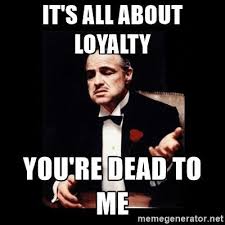 Apparently, that is not enough in Trump-world.

“You’re fired!” was the months-later response.

“I got it! His comments about the emails!”

Sounds good.  Go with it.

“And don’t mention anything about our meeting, Comey, you better hope it wasn’t taped!”

Ok Mr. President, calm down.  He’s gone. Desk all cleaned off and everything.

As my husband and I listened to the details of the story, I asked my husband “Do you remember when this happened to me at church a few years ago?”

Years ago, I was asked to assist with a meeting between a Pastor and his church trustees.  They were not getting along at all.

The trustees had issues with the Pastor regarding his spending habits and he, in turn, had issues with their money handling. Looking back, I’m not sure whether any of their complaints were true but I had heard both sides for several years at that point.   Trustees would tell me one thing and the Pastor would tell me equally damaging information. ” “Finally,” I thought “all is coming to a head” since our church prided itself on preaching the truth and condemned other churches for being crooked.  So I was called in along with another minister to help mediate their problems.

In the meeting, the Pastor started out the discussion with his concerns, but wait.

As I listened it sounded like something I had heard before…oh yes.  The sound of deflection.  He was not talking about any real concerns that he had previously expressed as so vital to the church, he was talking about his own hurt his feelings and his salary was too low. For those of you new to politics this was a stall tactic to say you’re having a meeting but never getting to the point of the meeting.  Filibustering.

A strategy employed in the United States Senate, whereby a minority can delay a vote on proposed legislation by making long speeches or introducing irrelevant issues. A successful filibuster can force withdrawal of a bill.

Those sounded like valid points until one of the trustees, acknowledging that he was denied the parsonage as living quarters, asked for some perspective on the timeline.  Well, he had to admit that this denial happened years ago before he was even the pastor.  Hmm.  Okay, so what looked to be pastoral mistreatment was really not.  I muttered something to the effect, “ok, so that’s not an issue” Go on.

Then the issue of salary came up.  “Ah,” I thought, “so we’re going to talk about your salary and how it needs to be upped a little bit”, which the other mediator agreed may need to happen.

I sat and listened to this trying to take in what these people were doing? Wasting time.

Neither side really pushed to talk about their actual problems with one another. Gun shy I suppose, but mostly seeming to feel the other out, and this my friends is why problems are not solved.

So the other mediator and I asked a few questions but apparently not the right ones, because they ended the meeting and agreed to meet again to get down to real issues.

THIS is where it became a replay of this week’s day in politics.

The Pastor pulled me aside and asked that I join him and his wife for lunch.  I thought that a bit strange since we didn’t normally lunch together but hey, why not.   Not a stranger to politics, this certainly seemed orchestrated but I was trained to reserve judgment until the hammer drops.  So I went to see what the “urgent” lunch was about.

I have to admit, I was extremely uncomfortable.  Especially when he said the accountant would be there and the other mediator. My inner radar was telling me, that this was a set-up of some kind.  So after the small talk, the accountant started in on the transgressions of the trustees and the details of their problems.  Ok.  Hammer drop.

I said, “Ok, thank you very much for the information,  but I don’t feel comfortable discussing this in the middle of a meditation between the two parties, let’s just have lunch, besides you can bring this up at the next meeting”.

The pastor denied that there was even going to be a “next” meeting. 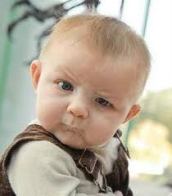 I was so confused.  We hadn’t covered ANYTHING in the first one.  How can there not be a second one?

I thought I had heard that, but I wasn’t the only one there, so I turned to the other minister who had his head down during this discussion as if he was trying not be present.

He acknowledged that he believed there was going to be another meeting but he wasn’t sure.

I said, “You know, I would feel better if we didn’t discuss this at all.  I would like to remain impartial”.

The response was something I’ll never forget, the pastor pushed his chair back slightly and gave a sarcastic chuckle and said: ” Oh, that’s cute”.

Cute?  It’s cute that I want to hear the other side and withhold judgment on a matter?

His wife said, “Honey, I told you, we should have gotten to her earlier”.  Gotten to me earlier?!

She said this in front of me…in front of me! So, I’m just a pawn in a chess game, here? You’re not really trying to get a resolution here at all.

By this time, I was angry, uncomfortable and full.  That a minister would operate like this at all while preaching about being free from sin and spotless conduct, was just sad.

I couldn’t wait to excuse myself from this “lunch” and did so; telling them I’d meet them back at evening service.  The other minister and his wife kept their heads down most of the time, looking extremely nervous.

Needless to say, I wasn’t invited back to the next meeting at all. I wasn’t informed of the results or any resolution as a mediator. I was fired from the process.  I don’t know if they ever resolved their difference and maybe that was the plan all along, but because I was not a “team” player and refused to throw the process, I was treated as a problem, naïve or whatever label suits the cause.

It seems to me,  former Director Comey and I have things in common.