The following is a written story of an incident that caused this Christian to be traumatized at a time when love was needed most. 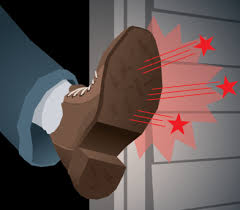 Spiritual abuse can involve being targeted by authority figures and humiliated by a community of people based on the influence of its leaders.

The following is a written story of an incident that caused this Christian to be traumatized at a time when love and understanding was needed most.

I grew up at a Pentecostal Church of God in Christ where my mom was saved since I was a baby. I found out about the Church of God because I used to date someone who was a backslider.

I moved in with him and his family. He would always talk about the Church of God, the scriptures, and some of the standards every day for years. After we broke up and hearing about the truth, I did not want to go back to the Pentecostal church. I saw my mom yelling at the children in the home while speaking in tongues.  I attended a Baptist megachurch for a while. I didn’t feel comfortable there at all. I decided to give Church of God a try. The 1st Sunday I visited I wanted to get saved, but during altar call, it seemed as though my feet was glued to the floor. I returned the following Sunday and got saved.

At the time, I lived with my mom who was raising 4 of my nieces and nephews. Through the process of time and different events, I ended up taking in the children of my relatives.

One time we were living in a hotel. I went to a Women’s retreat and left the younger children in the older ones care. I received a call telling me that the youngest boy was screaming. He had medical problems. He would often do things to get his way. I was crying because I thought we were going to be put out of the hotel. The Pastor’s wife was there, and she told me to get rid of the children. I thought that was strange advice. It was hard for me to enjoy the service. That was my family. I love my family.  I would not have been able to live with myself if I would not have stepped in and been there for those children who had no one else to care for them. I was all they had.

What would they have done if it was their family?

Before the incident at the retreat, no minister was telling me not to take the children. One minister told me to consider and to pray about it. Another gave me tips and even helped my family and me through the years.

After seeing how I was treated about taking care of the children, I started to become uncomfortable.

After an injury, my church attendance really slowed down because of transportation issues and illness. I then decided to transition from a relaxer to my natural hair. During the transition period, my hair was tough to manage. I wore a wig for a while. Then I wore a weave and braids. Though I did not feel convicted about any hairstyle, I didn’t want to come to church with the extensions after being saved over 10 years there. It was not allowed.

I heard about an incident with one of the Elders, and that broke my heart. One sister told me not to contact them because they can make me backslide because of the knowledge they had. Then two other sisters called and told me there were issues amongst the leadership, and they left. One of them knew what was going on and one didn’t. She advised that I call Elder X to ask. I didn’t feel impressed to do that. I somehow thought I would be disobeying the ministry. Another sister told my family and me that her personal business that she only shared with the ministry was being spread around. That was enough for me to step back for a while. I decided to stay at home.

Looking back, like others, I still have the mindset that there is no other place in the Chicagoland area that teaches the truth. Like you, I was proud to be part of that organization, but I found myself looking down on other churches and making comments about backsliders.

I saw first hand the treatment of those that chose not to attend. I would get dirty looks and nasty comments whenever I visited, attended funerals or a fellowship meeting. They were friendlier the last time I visited and had my niece with me. One sister said in a nasty way that she was not talking to me. I told her I love her too.

I do appreciate everything I have learned there and the teachings on the bible. I met wonderful people of God there that I miss. They showed me much love and support through everything I been through.

A person can agree with the doctrines of a church and still realize it’s not the right place to be.  It doesn’t take much to turn a good experience into a bad one.

No one criticized this individual for taking care of their relatives until after the Pastor’s wife expressed her opinion about their troubles. Then her opinion became the law in that community, and later, others started to share that view because it came from an authority figure.   How so many came up with the same assessment about her situation is a mystery (well maybe not so much).

Thank God someone did step up and help them for a few months but to have your leadership start a chain of thinking about you as being disobedient in such a small community (i.e.your children are your problem, God is punishing you for disobedience to the ministry in not giving them away) is devastating.

Let’s get this straight. No one has to be “obedient” to someone else’s opinion about their situation no matter what their title. 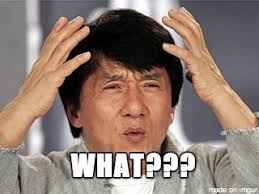 The problem in these systems is that leaders tend to think they have such a special connection with God that their personal views are put on the same level as the Bible. I know of countless instances of Pastor’s and their wives making huge issues out of things for which there was no biblical directive at all.

This person was down, but their lack of attendance began to seal their reputation as an unfaithful member of church despite having a legitimate reason to be absent.  Any practice that isolates and labels people while protecting the leaders and the church organization falls under the heading of religious abuse. Using the community to isolate is a common practice in toxic systems.   In this Church of God group, anything that hinders your regular participation in their church services is considered a problem: children, jobs, school, health issues and other things that are vital to your life and part of life’s responsibilities.

Having lived in this group for over 30 years I know that it was common for people to turn down job offers or change careers that interfered with church service attendance or drag themselves to church sick or not participate in family events because those events fell on the night of a church service. If you had to miss a service a phone call to the Pastor or the ministers was necessary, or you must “give account” of yourself to the church.  Somebody had to know where you were!

I’ll deal with the biblical issues surrounding this in another post.

Next time: I’ll share an audio interview I did a few years ago with a survivor of a horrible situation in our denomination.

I am an author, spiritual counselor, minister, and Bible teacher. My passion since going through my own battles with spiritual abuse and self-reflection is spiritual awareness. So often we go to church and are still not aware of our disconnection with our true selves. The person inside that God deeply values. My husband and I have been married for over 30 years and have 3 children. I love gourmet cooking, swimming, all kinds of music and political and religious discussion- the two things my mom said never to talk about at the dinner table. View all posts by Renee