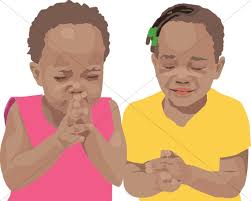 In our religion, having control over your children was seen as a ticket to heaven. This is the case for many parents in fundamentalist churches and belief systems. The theology is that God entrusts the child’s soul into your hands and you as the parent are responsible for bringing up the child in the fear of God. Unfortunately, what should be a beautiful thing becomes tainted with someone’s personal ideology of child rearing.

In our group parents were fearful of not spanking the child enough or dispensing enough discipline for any perceived disrespect or actual disobedience. Spanking was preached but how and when was not. It was often preached, “don’t go to hell for your children” and that light or mild correction (like Eli gave to his sons in the Old Testament) was tantamount to a sin that would land you in hell. Devout members of our churches would have to acknowledge that a lenient mentality toward child rearing would garner you the label of being a bad parent.

Sadly, another thought that persisted was that children were put in a category as just unsaved. They could feel that they were not fully accepted. The ideology was that they were not saved and therefore subject to the whims of the devil, including lying, stealing, or manipulating. Being a Church of God child “hearing all this truth” and still not being saved was often a bad place to be.

I know many parents did not allow their children to even pray saying “you’re teaching them to hypocrite” based on scriptures like the following:

We know that God does not listen to sinners, but if anyone is a worshiper of God and does his will, God listens to him. John 9:31 ESV

The sacrifice of the wicked is an abomination to the Lord: but the prayer of the upright is his delight.
Proverbs 15:8

Both scriptures were taken out of context and wrongly applied. If a child was of a certain age and not saved, it was as if the parental bond that should be there was cut loose and now because you are accountable you’re treated like any other sinner.

Though not all parents in our denomination had this mentality, but it was certainly in the air. Children were not really seen as children. There were only two categories–saved or unsaved.  You were one or the other. Often, children had little identity aside from “are you saved?”. You were either “in” or “out”. If you were not saved, then you had one foot in hell and were part of the “the others”–the “world”  spoken of in I John 2:15 and if you were saved, and for whatever reason your parents could not vouch for your “salvation”, it could be snatched away from you at any moment. If any saved adult, in fact, felt that you were not saved, then you were in trouble because “Sister so and so” doesn’t believe you’re saved.

One former Church of God member whose mother was a long standing devotee of a Chicago congregation and wished to remain anonymous, described her relationship with her mom and wrote the following in 2016 when I posted the Apology to my daughter:

As an adult today with children of my own, I still desperately search for a female role model to “mother” me as I feel it was lacking immensely in our home. No warmth, no down to earthness, everything was the bible this and God said this and the pastor said this.

I remember trembling when Pastor Miller would preach because my mom would come home and beat the stew out of us for something old that we did or she believed we did, and me the oldest was often the most targeted, because of something Pastor Miller said in the pulpit. As a teenager I longed for a woman to talk to about my growing body, my yearnings toward the opposite sex, and just things that teenagers deal with, but my mother’s head was so in the church cloud she couldn’t relate to me at all, and I would often get beat or punished for some of the things I was feeling.

I have often said, My mother didn’t know how to love us maternally, she only knew the bible way and just enough to stay “saved” in her eyes. People today say it’s a wonder I’m so balanced, warm and loving towards my children, who can talk to me about anything, in fact I call them in my room often as we just talk and laugh.

To this day, I long for a mother and daughter relationship with my mom, but her head is still so far up the church cloud that she neglects her grandchildren the same way we were neglected emotionally. Like a poster wrote above, I grew up hating the church and just started melting and trying to see things differently the last five years.

I wish you would have a raw and open meeting with the saints at 46th and Drexel specifically and read these comments (anonymously of course) to them. Maybe some of the healing can begin.

This is a real person with a real story.  And it is not just in one location. There are many fundamentalist types of religious groups that operate along the same wavelength based on what they believe to be God’s standards for obedience. Some parents did not understand the repercussions of misinterpreting such scriptures. However, we as leaders should have known since we handle the word of God and too often mistakes were just passed along to the next generation.

Can we as Christians learn from our mistakes? Can we help others not make the same mistakes? Can we adjust our teaching to make room for the emotional and physical safety of our children? Jesus would want us to do that.

If you can relate to her story, start the conversation in the comments below.

I am an author, spiritual counselor, minister, and Bible teacher. My passion since going through my own battles with spiritual abuse and self-reflection is spiritual awareness. So often we go to church and are still not aware of our disconnection with our true selves. The person inside that God deeply values. My husband and I have been married for over 30 years and have 3 children. I love gourmet cooking, swimming, all kinds of music and political and religious discussion- the two things my mom said never to talk about at the dinner table. View all posts by Renee