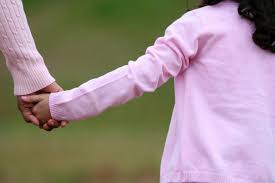 Sometimes things that may seem small can have huge repercussions. I’ve talked about unsaid messages I received growing up. Now it was my turn to hear my daughter’s struggles. My daughter and I had a necessary conversation recently since we are both in therapy. I approached her with the thought of covering some ground in our relationship. She’s always been feisty (that’s my side of the family) but she had this underlying anger over small things that she didn’t like about herself. She said it was hard to discuss but she wanted to make a first attempt.

First she told me that I shouldn’t feel shame or guilt about how she was raised because I thought I was doing the right thing and that she never doubted that we loved her. “Honestly mom, if I didn’t have some restraints I probably would be in a lot more trouble. The church thing kept me out of a lot of mess, but because I didn’t have a lot of experience with relationships, I feel I made unnecessary mistakes trying to find things out on my own. I wish we had been able to talk earlier about toxic relationships and men, I just didn’t feel that comfortable because of how you all were and the church acting like we weren’t even supposed to even think about boys.” She believed she had to keep the illusion of perfection going. This is not an uncommon sentiment from children in our denomination.

Second, she said, yes, her childhood could have been better because of all the stress and control she endured but that she still had good memories. She loved the big church meetings with people from around the country. She loved going to church, the feeling of going someplace after school, but hated that maybe something would be said that would cause her parents to react at home or change something at home. She didn’t like the controlling atmosphere and the constant accusations about liking certain boys, but she liked the services themselves.

This was an opposite opinion of her brother who, although he got saved at the age of seven, said the services were way too long (4 hours) and wondered out loud why the church waited until the big fellowship meetings to bring out their worst soloists. As a teenager he would talk about this almost all the way home from the meetings.

” I just want to know why?” he’d say, for at least the first 5 miles and have us in tears.

I would say “but Ellis, they were singing from the heart”, and he’d say “but their voice though….mom, mom come on, does Jesus really want you to take a mic if you can’t sing? Does he?” 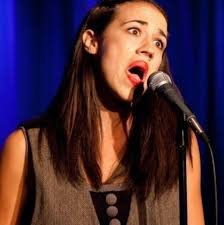 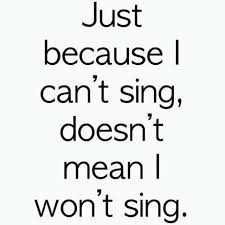 There’s good and bad in every childhood, it’s how the bad has affected us as adults that we have to watch. We can heal. We can adjust. For her, just being under constant scrutiny affected her as a person, especially since she had to endure this several days a week (church services 4x per week). Those memories were not pleasant to her, but the family trips were good and other things but she couldn’t say she had a great childhood because of the atmosphere of the church and the coping she had to do as an adult. Everyone is different but as I hear from adults who were raised this way, overselling of religion in the home seemed to be damaging and permeate everything the family did or didn’t do. 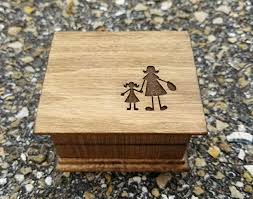 She had also noticed that she didn’t care for herself like she should and is trying to overcome that mental block. It had to do with the way we as her parents constantly pulled and tugged at every stitch of her clothing to make her measure to church standards. I wondered why, if I bought an outfit for her, she didn’t want it and even when I let her pick it out, she never wore it. Strange behavior for a girl that loved fashion stuff. But I did notice. I just couldn’t figure out the whys?

We went over the tension on Sunday mornings, especially when we went to the new church in our denomination. It was worse or just as bad as the first church in terms of treatment about outward things. Part of being a teenager is having more independence and making your own decisions about who you want to be. Being able to develop an identity is an important part of human development. That part of her life was controlled or missing.

Almost every Sunday, nothing was right. She would come downstairs and get the inspection. We were trying to check whether her clothes were too tight, sleeves too short or anything was too revealing. I hated doing it because it seemed constant. Even I got tired of it, but I was coming to a new congregation as a minister, unfamiliar with some of their rules which were in some ways so weird …I don’t know where they got it from. I had never heard of some of their rules even though I had been teaching for over 20 years at that point. She eventually gave up trying to look like anything at all. She said she just developed a deep hatred of how she looked in anything. Why bother looking in the mirror if you hate what you see.

Here’s the thing, my daughter loves fashion and clothing. She was good at it too. What if that was encouraged and not clouded over with trying to please people that didn’t even want to BE pleased?

(I say that because as hard as we were trying, I found out years after I had been at the new place, that a few of the leaders had criticisms of me and my daughter and our clothing, and had no problem telling other people but never came to me) That’s the Christian thing to do right? Nah.

But I’ve learned through this healing process that even though I can call people out on their mess. I can also let them go and forgive them for their shortcomings. Jesus forgave me for mine. We all have growing to do.

It’s my daughter’s recovery that is most important to me now. So we sat my husband down and told my husband about her anger, and with tears in his eyes, he said if he could do things over, he would do things differently. She said she knew we were trying to conform, but it caused her so much stress and as a teen, she didn’t know how to handle it and couldn’t talk to us about it. Sure, most teen girls get the “that’s too revealing,” “that’s too tight” speech. But this was different because what she was wearing would have been normal and modest anywhere else.

People have different ways to cope with pain. Drug or alcohol addictions, food are all ways of dealing with emotions. I don’t belittle her pain by comparing it with what could have been her lot in life and or by saying that she didn’t have it so bad. It was painful to her, her relationships with men, her identity as a person and it affected her. Enough said. Even though my realizations came late, I’m glad we moved on. We are gaining in our recovery as a family.

Feel free to comment below about how childhood things affected your adult life. 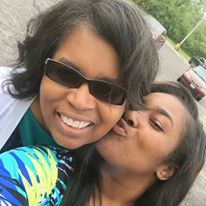 4 thoughts on “Me and My Daughter Without Our Church”